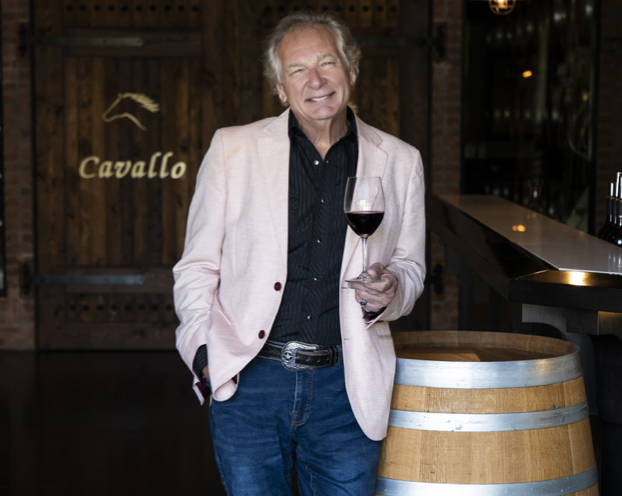 To suggest that Frank Gigliotti is a man of many talents is simply an understatement.

His life resonates more as a testament to the hallowed practice of pursuing one’s passions in life—whatever they may be and wherever they may lead.

Frank’s early days saw him as a member of the ‘60s/’70sera Vancouver rock group Five Man Cargo—something that checked off the first on a list of many passions. It was also one that eventually saw him rub shoulders with the giants of the music world.

“I started off as a professional musician when I got out of high school and like so many of us, February 9, 1964 changed my life,” he says, upon reflection. “It was the day The Beatles appeared on The Ed Sullivan Show, making their North American debut.”

After toiling as a musician for the next seven years or so, the lack of financial opportunity took him elsewhere.

“I realized it was tough to make a good living in Vancouver, so I decided to try and get into the record business—without a whole lot of experience, but a seriously good attitude.”

He was eventually hired as promotions and marketing manager at Columbia Records.

Pivoting from music, Frank later served as president of the BC Lions. This was during the football club’s heyday in the ‘90s with star quarterback Doug Flutie and the team’s rather colourful owner, Murray Pezim.

However, his 15 years at Columbia Records/CBS Music saw him befriend the major hit-makers of the day, including Billy Joel, Simon and Garfunkel, Eddie Money and Aerosmith, to name a few.

And it was some of those top-selling Columbia recording artists that would play a hand in leading Frank toward his current path as founder and winemaker of Cavallo Wines.

“My dad made wine but it was horrible stuff and I thought that all wine tasted like that,” he says.

But working with Neil Diamond, he soon discovered that there is such a thing as fine wine.

“I had no money and I had no patience, but I’ve always raised the bar pretty high in my life and I wanted to create something.”

“We had just finished a gig at the Pacific Coliseum and were at Trader Vic’s at the Bayshore Inn having dinner, and Neil started ordering these wines. So I drank them along with him and thought, ‘Wow—this stuff is amazing.’ I had never had wines like that.”

“I had no money and I had no patience, but I’ve always raised the bar pretty high in my life and I wanted to create something.”

Billy Joel came into town about four months later, Frank recalls, and he started ordering Cabernets from California, made by all the old-school winemakers, and then Julio Iglesias—who used to carry cases of wines with him when he toured— introduced him to Spanish wines. Frank was hooked and decided this was his future road to travel. But “to want” and “to do” are not mutually exclusive, and there exists an axiom that in order to make wine, one needs money and patience.

As a BC resident, Frank wanted to be unique and create something that would transcend what is readily available in the province.

“I gravitated toward the Napa Valley in California. In tastings, they always seemed to pit French Bordeaux against American Cabernets, and the Americans seem to win.

“That’s the style I wanted to make and as much as I love BC—and I’m a fiercely proud Canadian—I don’t think the climate here is conducive to making the style of wines that I want to make.”

Cavallo Wines opened its doors in Langley in 2014 and it’s been drawing rave reviews ever since. In fact, plans are well underway to open a downtown Vancouver tasting room—located at Thurlow and Pender within a matter of months—and this despite the unforeseen ramifications of a global pandemic. Clearly it has not deterred wine drinkers.

“My research has shown that liquor sales through retail locations are up 61 per cent and online sales are up 445 per cent over this time last year.”

And what is Frank’s mantra for success?

“Answer to no one,” he states emphatically. “I’ve always lived my life in a way that I’m going to do what I want to do and never going to answer to anybody. I’m going to chart my own path and, good or bad, I’ll make the decisions that I need to make.

“There’s an old saying that if you want to make a small fortune, you’ve got to start with a big one. And that’s true for some, but it didn’t deter me from what I wanted to do. I wake up every morning and drive to work telling myself that I haven’t made my best wine yet. And when I do say that, it’s time to cash it in.”

Read Next
North Vancouver U-Vin on par with Napa Valley